Seasonality. It’s a big deal. Chefs love talking about it and punters love saying things like: “Yahhh, I won’t touch an oyster unless the month ends with R”.

It’s not just about showing off. It doesn’t take much to know that natural produce, for the most part, tastes better if you grow it with optimum warmth/light/rainfall, and eat it as quickly as you can after it’s been harvested. Imagine baking a cake at anemic temperatures, and then leaving it in a cellar for a few months, and then sending it halfway around the world on an airplane before you’re allowed a taste – you’re just shortchanging yourself.

Seasonal eating in the UK is all fun and games in spring, summer, and autumn (don’t talk to us about winters of perpetual, butternut-based discontent). Luckily we’re not too cold yet, and London’s come over all mellow fruitfulness.

It won’t be long until we’re drowning in ubiquitous cranberry sauce anyway, so whether it’s concern for the environment and our food’s carbon footprint, or you’re simply stricken with a taste for the very finest things, maybe we’ll bump in to you as we make the most of seasonal eating this weekend. 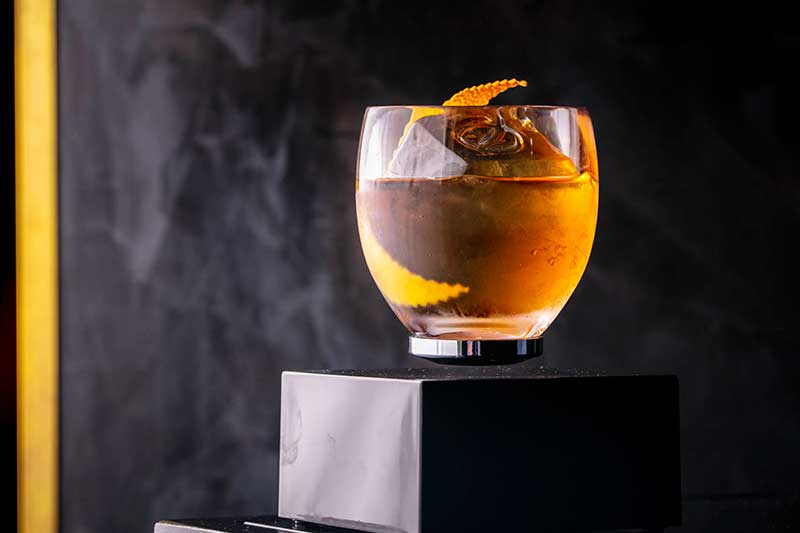 Someone, somewhere, is laughing at how much we love truffles. Especially considering their embarrassingly exorbitant prices and genuine lack of any nutritional benefit. Just like other favourites including fresh air, a place to call home and unconditional love, they’re low fat. That’s literally the best thing we can say about them. But who cares, when they taste so good? This is the time of year to indulge, and there are always plenty of inventive ways to do so. We like Quaglino’s innovative Zero Gravity cocktail, made with Don Julio, Palo Cortado, White Truffle, Dandelion, and Amer Picon, from their new Science of Sustainability drinks list.

Guinea Fowlers at The Duke’s Head Close to home ✅ Pop up that makes you sound cool when you casually mention it later on ✅ Majority of menu is deep fried (including fresh donuts for dessert) ✅ Korean chilli paste everywhere ✅ Seasonal as hell ✅ There’s not much else to say, except that this mild-mannered looking pub in Highgate has been churning out some of London’s most interesting pop-up kitchens for years, and Guinea Fowlers does not look set to disappoint. Is this the most wholesome day out imaginable? If adorable pigs, apple-themed stories, singing and dancing, New Forest cider and lots of charitable fun fit this description, then we’re going to say YES. Honestly, our hearts are melting just writing this. See you there.

Off-brand extras we couldn’t bear to omit. This really is the best city in the world.

Modern Couples at The Barbican